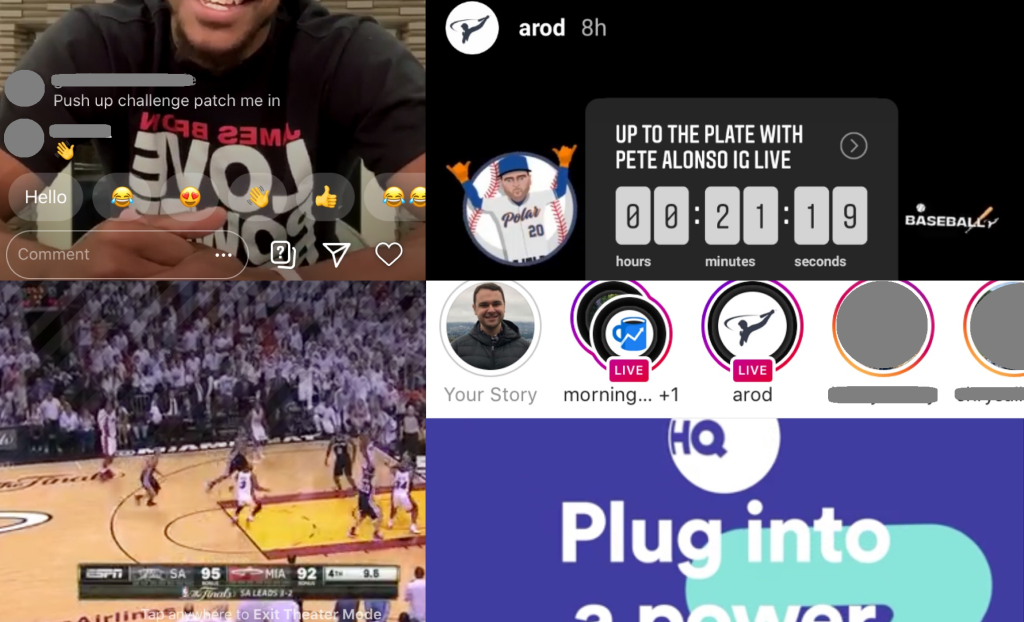 The Internet is the New Event: Ideas for Live-Streaming After the Quarantine/No Sports Era

Sports are canceled, concerts are canceled, conferences are canceled, anything involving interacting with other people in the physical world in real-time is canceled. Video chat has taken over communication with friends, family, and co-workers, but I've seen another trend, that I'd argue is just as powerful, involving how people and organizations are trying to reach their large audiences: Live-streaming.

From a galactic/alien-level view, you can simplify sports into business terms as a major market shareholder of the "live events" industry. For a few weeks already, and seemingly a few more months, (Disclaimer: I don't know anything) that chunk of the market is completely wiped out, leaving a huge opportunity for other experiences to gain eyeballs.

Instagram Live, Facebook Live, Periscope (Twitter), and others have been around and widely-accessible for plenty of years already, but they're now having their moment in the sun. The top bar of my Instagram and Twitter has been filled with live streams for weeks, I watched the ending of my favorite NBA Finals game replayed on Periscope, I've seen scheduled live-stream Q+As, and (maybe the wildest of them all) I saw a "periscope-hopping" audience making previously-anonymous people famous overnight. People have also been turning on-demand viewing into a "live event" with Netflix Party. Even HQ Trivia, the massive multiplayer live mobile game show came back.

There a few experiences that I think we're seeing accelerate under quarantine:

A few ideas popped in my mind, which could be starting points for the next manifestation of these content/streaming experiences, if they are truly accelerating.